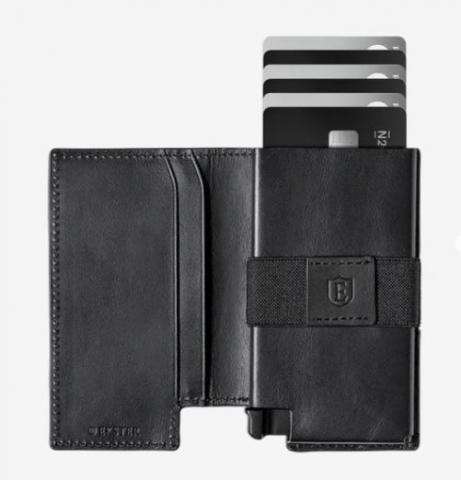 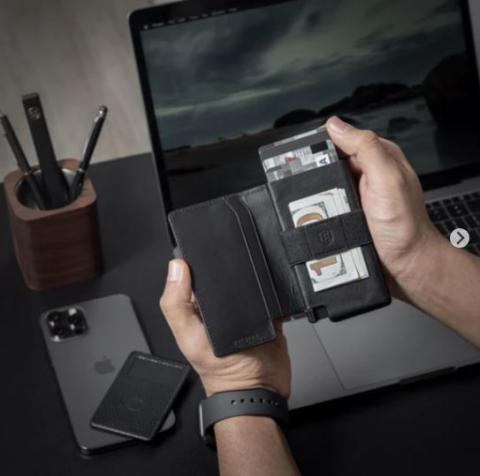 Upon first glance, it is immediately obvious how Ekster’s Parliament Wallet oozes sophistication and functionality. Appearance-wise, it appears to be similar to many other leather wallets. However, in the corner, there is a neat little card ejection mechanism which allows you to easily access your cards, by snapping them up in ascending order. I found this to be perfect for me as my cards were all ordered and I could see exactly what card to pick out, making it easy and efficient.

Efficiency and stylishness are definitely in keeping with many of Ekster’s products. The company began as a Kickstarter, founded by two Dutch students who wanted a wallet that suited the 21st century. This pushes them to continuously be forward-thinking in their products, which shines through in the Parliament wallet, as it makes flicking through cards so much easier. So much so, that it looks like a gadget straight out of James Bond.

Despite all of its techy features the wallet itself is perfectly pocket-sized, even for smaller pocketed female jeans! This perhaps comes with a single drawback in the sense that because it is small, when I did start to really fill it with cards, it got jammed. Although it advertises being able to fit 1-12, I wouldn’t put in more than eight. Therefore, I would definitely advise that you don’t overfill it and instead prioritise your cards. In fact, I found this to be quite useful as it allowed me to get rid of the clutter that my purse is usually stuffed with.

Although I received the wallet in black, they have a wide variety of colours available, branching away from the usual black or brown wallets. That being said, the black leather looks very swarve, particularly in its matte black packaging that the wallet arrived in, making it more than just a wallet, but something that made me look very organised and sophisticated. Overall, I would highly recommend this as a gift this Christmas for anyone who wants to stay organised with their cards and look good doing it!

- An easy mechanism to reveal all cards.

- Small enough to fit in your pocket.

- Available in many colours.

- Can get jammed with too many cards on the go.

- Not the best for holding cash.