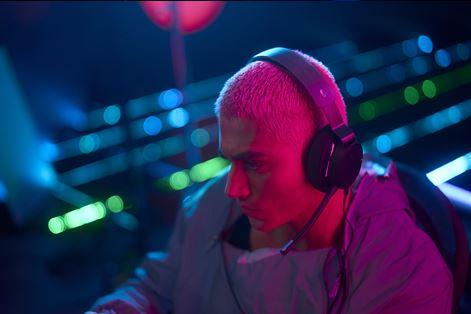 As the gaming industry has truly taken off in the past decade, more and more people have taken to their computers or console for hours of intense gaming and hardcore missions. It is therefore vital that every player has the ultimate gaming headset.

First of all, it is always an extra bonus when a gaming headset has a sleek appearance. This is something that Skullcandy has definitely got on onboard with. The SLYR Pro headset has an accentuated design with bold neon accents that provide a pop of colour, equally matching the advanced quality of Skullcandy software. The headset is also available in three colours, allowing the neon details to stand out from the crowd of darkened standard headsets.

With the recent surge of Virtual Reality headsets, there has been a great push for more wireless headsets. However, amongst the great debate over wireless or wired, I actually prefer the fact that the headset is wired, as not only does it make the headset much more affordable, but it also allows them to be ten times more durable as a piece of fundamental gaming technology. Compared to other wireless headsets I have reviewed in the past, where connection and Bluetooth problems repeatedly disrupt the flow of the game, the wired feature stands as a reliable and valuable asset to the overall headset. The wire itself is USBC-C to USBC-A cable that extends to 6 feet, allowing for lots of room and versatility when playing. You can therefore be certain that the wire technology allows a smooth stream of gaming, making it the ultimate form of plug-and-play.

Although a small drawback would be that the SLYR does not feature noise cancellation, the sound isolation that is used for highly directional games is excellent, as the headset can boast enhanced sound perception. It’s almost eerie how realistic it sounds when you can hear someone running towards you. Furthermore, the microphone technology also matches the rest of the enhanced audio. This is vital for communication in team missions, which the SLYR is perfect for. The mic is also handily detachable, facilitating multiple uses for the SLYR when you’re out and about, or when you fancy just going solo. The mic also has LED lighting to signify when it is active, allowing for a clear channel of communication.

Another aspect the SLYR excel at is comfort over everything else, due to its use of memory foam and over-ear aspects. Occasionally for me, I may find that headsets similar to this can be claustrophobic and suffocating, however, the lightweight nature of the headset means that you still have the robust feel of the headset without it being too cumbersome and uncomfortable.

Overall, for an incredibly reasonable price, Skullcandy’s SLYR headset is a must-have this Christmas! From those that dabble in gaming to the mighty players tackling gargantuan missions, it can guarantee you make the most out of your game.  The SLYR offers comfort, exceptional sound quality, and a versatile mic, which means that you can be more than immersed in your gaming mission, bringing out the best player possible.

- Affordable price for a high-quality product.