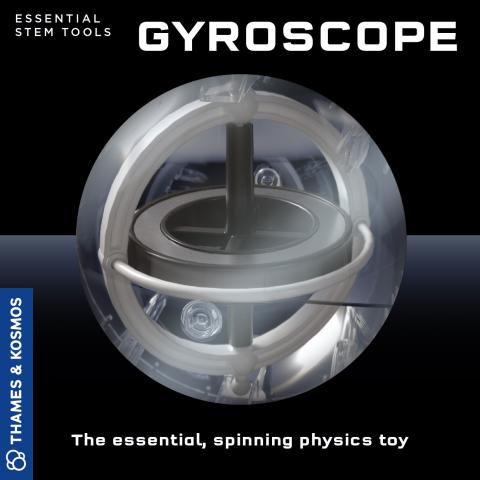 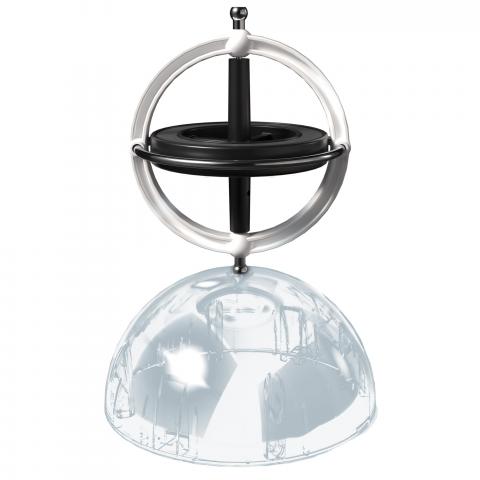 The Thames and Kosmos Gyroscope perfectly encapsulates good old-fashioned physics, as the well-loved science instrument has been given a refurbish. If we take a trip back to our science lessons, the Gyroscope perfectly demonstrates velocity. Such a demonstration was first used hundreds, if not thousands, of years ago. And yet, as the Thames and Kosmos Gyroscope shows, this is a spectacle that has stood the test of time.

To set up and use it may look complex, but it is fairly simple. The trick is to tie the string around the top half and wrap it around the main stand so that it creates a pull. Placing the Gyroscope on a flat surface, you next gently hold the top steady in one hand, and smoothly pull the string. If you pull too hard then it can just topple over, which is not the desired effect. If all the scientific stars have aligned, however, then the Gyroscope should stand up by itself spinning, creating a timeless scientific phenomenon.

In the package you also receive two halves of a clear plastic sphere. This lets you do loads of physics tricks where you see more clearly the motion and forces acting on the sphere, which is also interesting to witness. This is also helped by the Thames and Kosmos design of using white and black circles, as it highlights the motion that is acting on the gyroscope.

At a greatly affordable price, the Thames and Kosmos Gyroscope would make the perfect stocking filler at Christmas, as this small and compact scientific device is a great physics trick over the festive period.