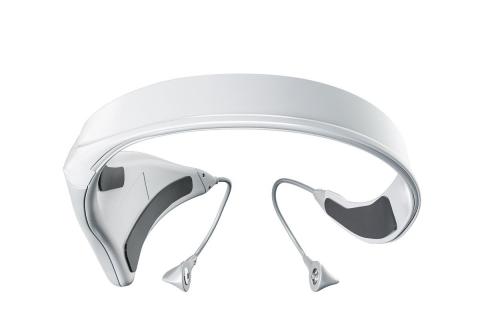 Many people seem partial to a mince pie or seventeen, which goes some way to explaining why (it’s predicted) Brits will pile on a massive 20 millionstone (more than a lb each) between December 25 and January 1 this year. And yet, there are also lots of people who wish they could eat what they want but not begin January far heavier than they began December. Cue MODIUS... a NEW health-tech wearable weight loss device here to STOP the natio piling on the pounds this Christmas and then having to loosen their work belts a notch (or three) in January.

This Christmas, enjoy, be merry, be a Modius user! The latest in neuroscience will simply make you want to eat fewer Christmas treats and crave fewer mince pies, therefore keeping waistlines down.... and without the pain of starving yourself when everyone else is having fun. And it’s all because your brain controls this stuff, and you can now control it. Founded in 2015 by Dr Jason McKeown, Neurovalens is the global health-tech company behind Modius. It gently stimulates parts of the brain associated with satiety, hunger and metabolism and is now changing the concept of how we lose weight, and more importantly, keep it off.

Since it’s launch on Indiegogo late last year Modius now has some impressive customer data. After more than 350,000 user sessions: after 10 weeks the average loss is approximately 9lbs the top user has lost 87lbs – over six stone the top 100 users have lost 38lbs on average each – more than two and a half stone the top 1000 users have lost 14lbs – a stone heavier users are losing more weight under-30s, over-60s all age groups are reporting weight loss.