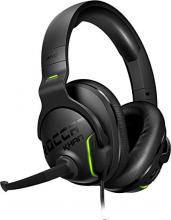 With the recent release of so many incredible games and the onset of winter, it is a great time to stock up on snacks, lock the door and hunker down for some serious gaming sessions. To fully immerse yourself into the virtual word, you need to ensure your gear is up to the task!

With so many games getting released or remastered right now there is no better time to invest in some good quality gaming gear, the Kone AIMO from Roccat is a striking gaming mouse packed with features to help you becoming fully immersed in the virtual world. The original Kone was released in 2007, as the first product from Roccat, they have now combined their know-how with almost 30,000 surveyed gamers to produce the Kone AIMO.