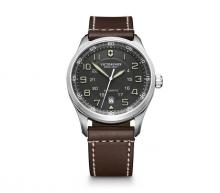 As sports watches go, the Airboss Mechanical from Victorinox has a rather stylish design with a slimmed-down profile, the Swiss-made automatic movement ETA 2824-2 is visible through the translucent exhibition case back and in a world of the digital takeover there is something completely satisfying with seeing these delicate little cogs and mechanisms flitter about. The Airboss Mechanical comes in six designs, two with stainless steel strap, two with full leather strap and two with a fabric strap with leather inner lining. 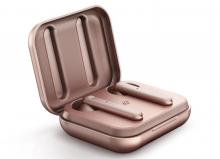 The Stockholm earphones from Urbanista are, as is so often the case with Urbanista products, rather beautiful.They come in four different colours: Black, White, Rose Gold and our favourite, Olive Green, with a charging case in the same colour as well as a micro-USB charging cable and instructions manual, all packed into an attractive box that would make a great gift. 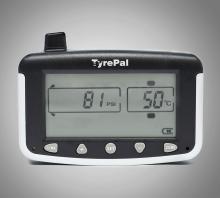 When I was a kid my family and I used to go on these holidays in this wreck of a 1970’s caravan, we had this dodgy black and white TV that never had any signal and a radio that would only work if you hung a teaspoon off the aerial. The chemical toilet was only for number ones during the night so I have memories of running across to the toilet block in the dark with a loo roll shoved up my jumper to protect it from the rain. 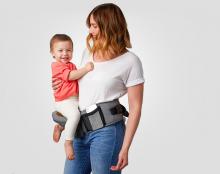 Although toddlers are considered small when compared to say a baby elephant, if you end up having to carry one when their legs inexplicably stop working it can be hard to believe they don’t in fact weigh the same as a baby elephant. Switching a child between piggy backs, riding your shoulders and balancing on your hips is enough to make you feel like you are performing a workout whilst traditional child carriers can be bulky, hot and difficult to load and unload your child into.

As our motorbike trip through Europe quickly approaches, I am gathering gear to test along the way.  Our friends at Tucano Urbano have sent us some bits to try and make the trip more comfortable in the summer heat.

Tucano Urbano are a motorcycle accessories company based in Milan, with in-house styling and innovative R&D.

The Rival 650 from Steelseries is the first true performance wireless mouse; with Quantum WirelessTM it offers a lag-free 1000Hz (1ms) gaming and just 15 minutes of fast charging will give you over ten hours of game play. Yes, you read that right. Starting with the physical design, it has all the tell-tale Steelseries visuals, those sharp edges combined with the super-smooth tactile finish, there is something a little stag beetle about it and for reasons unknown I like that. 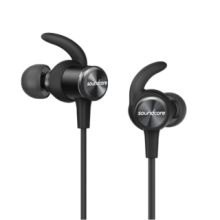 There is nothing quite like music to motivate you on your workouts, people who manage to push themselves during a session with nothing but the sound of their own wheezing breath and pounding heartbeat in the ears are some sort of weirdos. The issue is that you may have some really good over-ear headphones already, but wires and bulky headgear are just not your friend in the gym, seriously try doing 10 burpees without them doing your head in. 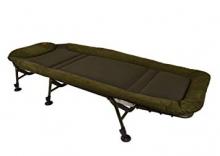 There is nothing that has quite the same impact on the quality of your day as a bad night’s sleep and the last thing you need when trying to participate in what should be an enjoyable hobby is to be ruined by a semi-deflated air bed or lumpy uncomfortable foam liner. The SP C-Tech Bedchair from Solar Tackle has been created to provide you with a comfortable space to sit whilst fishing and then sleep comfortably in the great outdoors when you haven’t managed to catch anything for over five hours. 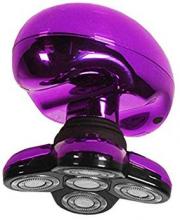 My boss was reluctant to give me this piece as they knew it would trigger a rant about gendered products they didn’t want to sit through so close to lunch time, from man-sized tissues to “good girl” dog treats it is a pet peeve of mine, so I will keep it brief, when I’m shaving I do not need the product to be pink/purple (I could let the rose gold slide) with a lipstick logo and cutesy name to remind me that I am female; the media, society and my recent cervical screening has got that covered. 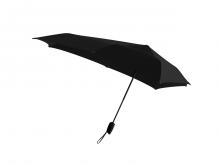